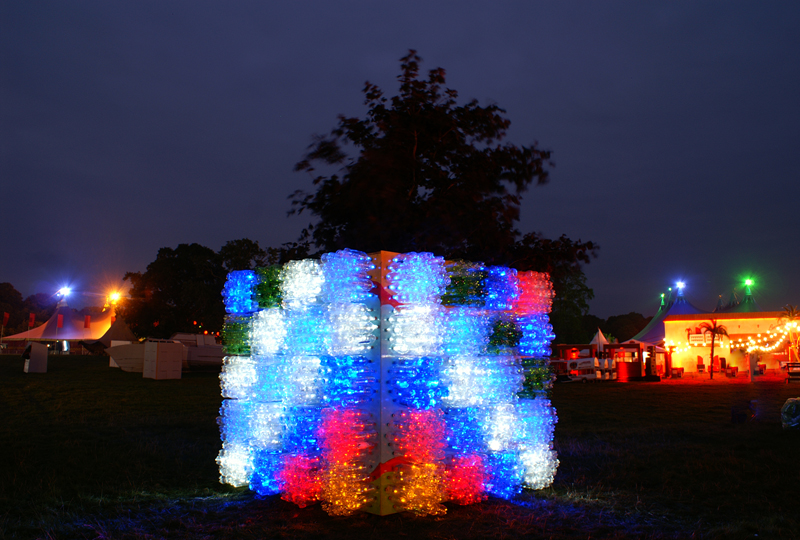 The Honeycomb was a collaborative community art project which was exhibited in the main arena of Electric Picnic Arts and Music Festival, Stradbally, Co. Laois in 2011 and 2012. This large scale light installation was developed by Vera McEvoy, four other artists and the wider Stradbally community over a five month period.

The Stradbally residents, young and old, were an integral part of the project, and the title Honeycomb reflects the creation process; people buzzing around together at work, collecting, cleaning, sorting, painting, testing and assembling. In excess of 3,000 recycled, 2 litre plastic bottles, were collected and transformed into a large, colourful, light installation. Each bottle, containing an individual LED bulb and battery, was attached through the cap, to an eight foot hollow MDF cube. 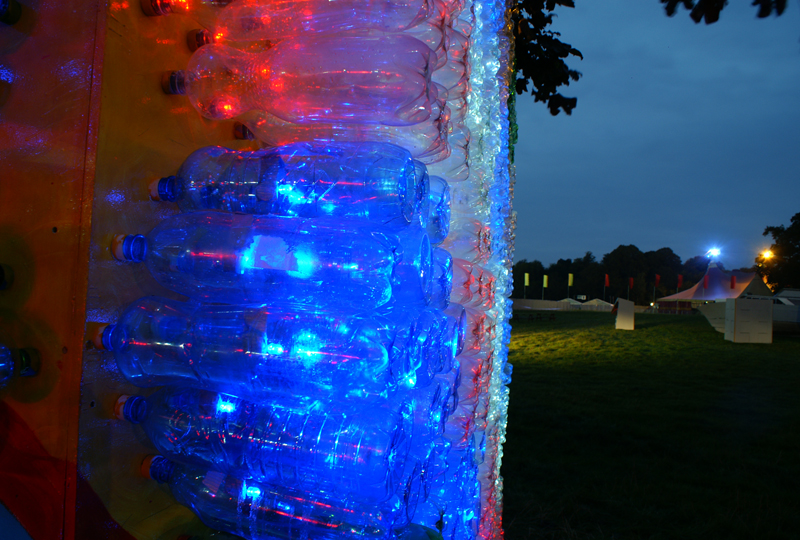 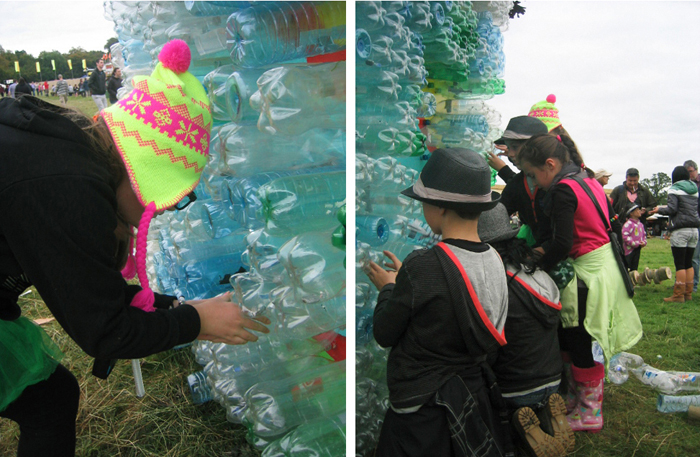 During the Electric Picnic festival 2012

The variety of shapes within the bottles facilitated the sparkling and merging of lights to create extra dimensions and colours. Throughout the festival weekend, revellers, both adults and children, interacted with the work to make their own individual colour patterns and designs. 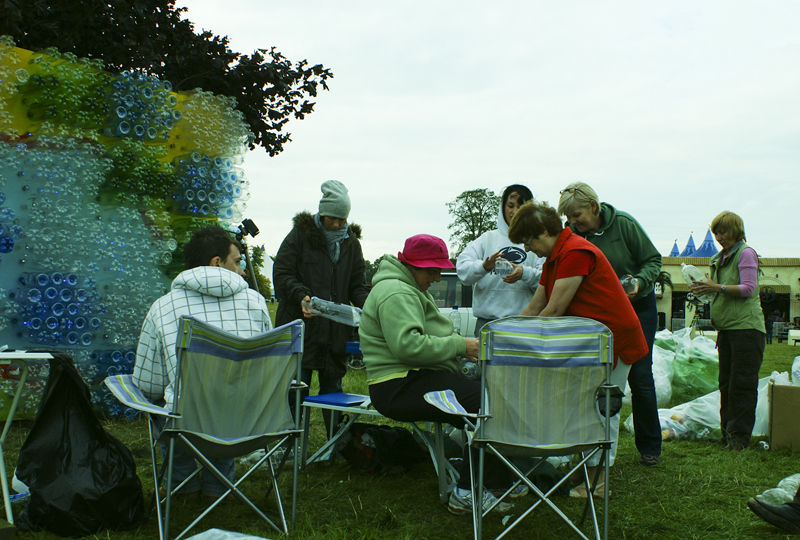 Constructing the Honeycomb 2012. One we week to go. 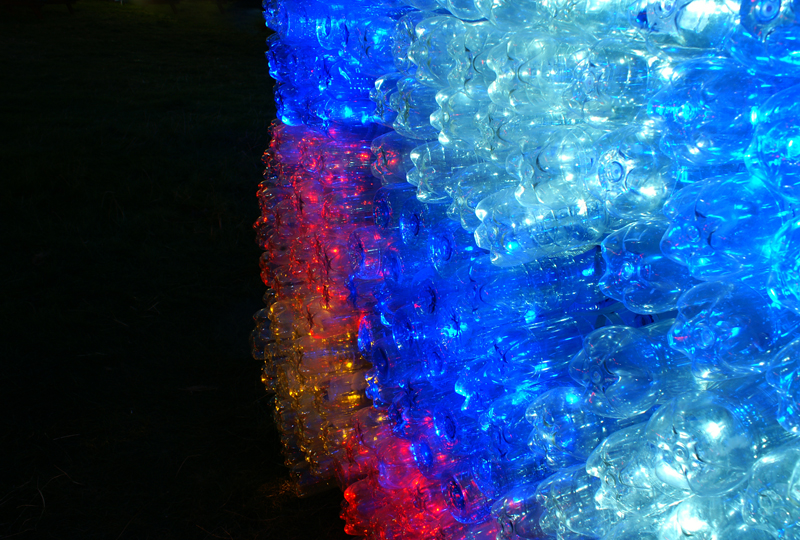 We use cookies on our website to give you the most relevant experience by remembering your preferences and repeat visits. By clicking “Accept”, you consent to the use of ALL the cookies. Read More
Cookie settingsACCEPT REJECT
Manage consent

This website uses cookies to improve your experience while you navigate through the website. Out of these, the cookies that are categorized as necessary are stored on your browser as they are essential for the working of basic functionalities of the website. We also use third-party cookies that help us analyze and understand how you use this website. These cookies will be stored in your browser only with your consent. You also have the option to opt-out of these cookies. But opting out of some of these cookies may affect your browsing experience.
Necessary Always Enabled
Necessary cookies are absolutely essential for the website to function properly. This category only includes cookies that ensures basic functionalities and security features of the website. These cookies do not store any personal information.
Non-necessary
Any cookies that may not be particularly necessary for the website to function and is used specifically to collect user personal data via analytics, ads, other embedded contents are termed as non-necessary cookies. It is mandatory to procure user consent prior to running these cookies on your website.
SAVE & ACCEPT