To say I was delighted is putting it mildly to have my short film Shine exhibited in cinema screen format at the Dingle International Film Festival in March 2019.  The below article was published in the Visual Artists News sheet,  Sept – Oct 2019, page 12. 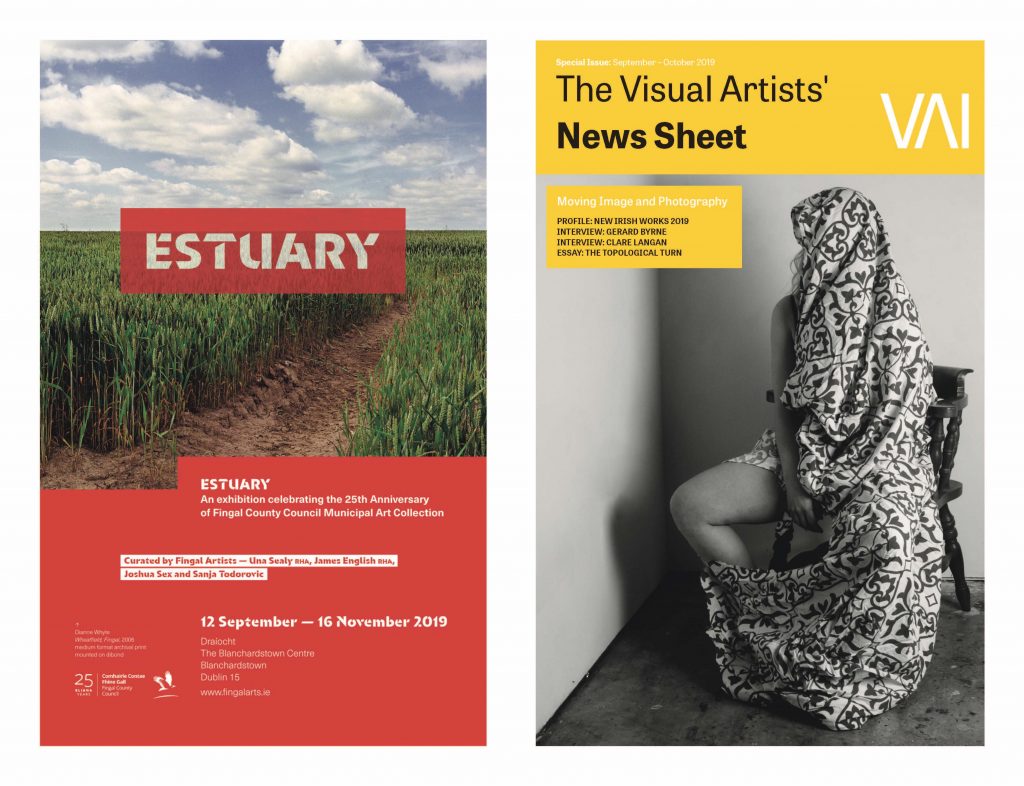 Exciting thinks happen when artforms cross boundaries into other disciplines: The artists involved are challenged with different aesthetic conventions and contexts for display; new audiences get to experience the work; artforms are broadened and stretched to accommodate fresh approaches; and new theoretical models are invented. With these intentions in mind, MExIndex founder Fifi Smith, instigated ‘Snapshots’ – a screening programme of visual artists’ films, curated this year by Marysia Więckiewicz-Carroll – which took place on 24 March 2019 as part of the Dingle International Film Festival.

The opening film, Cracks (2018) by Megan Robinson, presents a dystopian scenario, involving a ruined building, set in a windblown meadow, which is occupied by a distracted, fervent woman. The woman tries to repair this broken shelter by filling in gaping fissures with white paint, as a tense soundscape builds apprehension and unease. The hovering camera circles the protagonist like an insect. The futile yet compelling task of trying to conceal the devastations of time becomes an allegory for the practice of white- washing public and private histories. Yoga for the Eyes (2018) is a collaborative work by Cóilín O’Connell, Michelle Doyle and Eva Richardson McCrea. As outlined in the press release, the film promises to “awaken you to a whole new paradigm of health, wealth, happiness.” It appropriates the credo and aesthetics of New Age movements, which draw on elements of Eastern philosophy, holism and environmentalism. The film assembles archival footage of festivals, documentation of animate objects associated with Celtic mysticism and footage of a yogi performing her asanas. The myriad of digital effects and processes creates a hypnotic atmosphere.

My own piece, Buttered Up (2017), was also screened and I was pleased to hear muted giggles of surprise from the audience. They responded with amusement to my on-screen performance, in which I deliberately butter the crevices of a plush sofa, before diving into it, disappearing into an ‘underworld of domesticity’. I emerge again some moments later out of the kitchen sink, covered in butter. Exploring themes of displacement and transformation within the domestic frame, I consciously used humour to facilitate a wide appeal, for art and cinema audiences. As an established performance artist, who has often worked with video as a mode of documentation, in recent years I have explored making performance films as autonomous artworks.

Vera McEvoy’s Shine (2012) is a meditation on image and form. A series of elegant black and white architectural structures and silhouettes unfold as a great building is revealed. Shine is an intimate portrayal of King House, Boyle, and McEvoy’s often-motionless camera elegantly records its spaces, details and ambience. The artist’s love of the place is evident as she conveys her “knowledge that shadows fall one way in one season; that the attic creaks as the sun rises or sets”. At one point, a shadowy figure emerges playing a solemn classical piano piece and we are subtly made aware of the intimate daily routines of the building’s human occupants.

Several films focus on dance, movement and the body. Elena Horgan’s Skin Hunger (2018) depicts a series of extreme close-ups, focusing on various freckled, hairy and wrinkled epider- mises. These morph into the sculptural image  of a group of bodies stretching urgently into a vast tensile skin. Equally seductive and repulsive, haptic sensations are aroused and the primal craving for physical human touch is laid bare. This desire for physical human contact is known as ‘skin hunger’. The film offers a poignant eulogy to this basic need, in a world where human interactions are increasingly becoming disembodied, through the use of technology.

Owen Boss’s Falling Out of Standing by (2016) emerged out of a collaboration between CoisCéim Dance Theatre and ANU Productions (of which Boss is Co-Artistic Director), with the intention of cross-pollinating visual art, theatre and dance. A live immersive performance, These Rooms, thrust audiences into the traumatic events of the 1916 Rising and its violent impact on civilians in their homes. From this project, Boss developed his film in which a roving camera navigates a maze of rooms that gradually become more dilapidated and haunted by the rising sounds of urgent voices. Evoking the historical narrative by using an original site, a growing sense of disquiet builds, while the confounding labyrinthine chambers create an evolving metaphor.

The final film, Patrick Corcoran’s 4DTI (2017), was made using a combination of stop motion and hand-drawn animation and deals with themes of childhood, memory, loss and the ‘presence of absence’. A narrative runs through- out, but is masked with symbolism, archetypes and ritual. A toy bear symbolises a bereaved  animal, with the enactment of its death and burial forming the central action. In a strangely convincing psychoanalytic turn, a miniature 4DTI car is hammered to pieces; we imagine the (off- screen) performer as a bewildered child, coming to terms with death, grief and anger.

‘Snapshots’ occupied a busy slot in the week- long festival. The screening programme enjoyed a full audience, who appeared thoroughly engaged with the broad range of filmic forms and styles, offering a panorama of current artists moving image works in Ireland. Overall, the programme recognised the potential for visual artists working with moving image to expand the contexts for their work, whilst also affording cinema-going audiences the chance to encounter experimental videos and films that push the limits of convention, form and content.

Áine Phillips is an artist based in County Galway.

‘Snapshots’ will be screened again at An Táin Arts Centre, Dundalk, on Culture Night, 20th September 2019 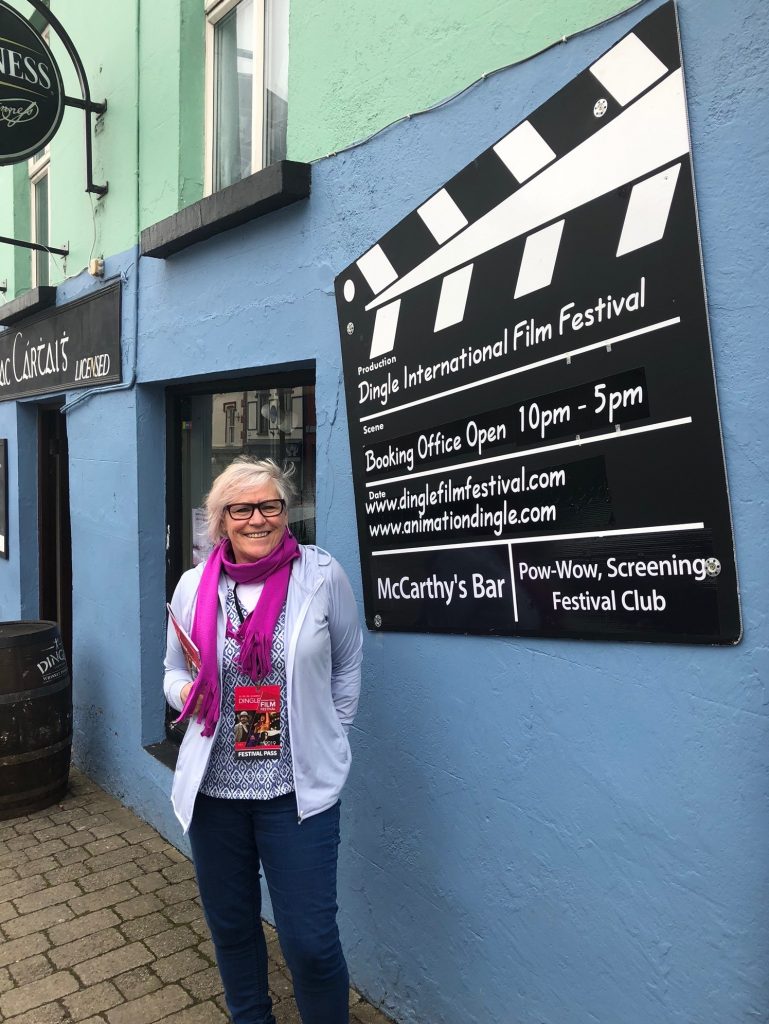