Starting a Thread… Lantern Project  took place in 2012 in partnership with 87 pupils and their 3, 6th class teachers completing the project. This was funded by Kildare County Council Arts Service under the Artist in School Residency Bursary Award 2012. 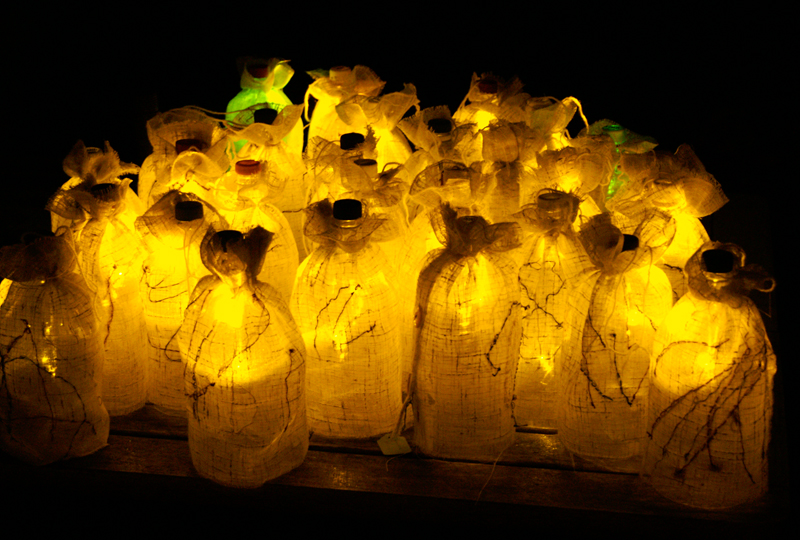 It was a joint project between Vera McEvoy and Scoil Mochua, Celbridge.  Each pupil was introduce to contemporary  fibre art skills to develop and construct an individual textile lantern, which was installed in the Sensory Garden for the Christmas Carol Service.

The students were introduced to fibre art skills during once weekly workshops where each child make a textile abstract drawing, with threads, on loose weave linen fabric. Each work formed a cover over a section of a 2 litre plastic bottle, fitted with an LED bulb and battery, to construct a lantern.

The textile works were small scale extracts from very large individual drawings on paper. The original drawing incorporated natural elements from the school’s garden and imagination. These sketches informed the final stitched line.

The final works were temporally suspended and displayed from the beech trees in the Sensory Garden area for the family Christmas Carol Service. To complete the project, the lanterns were presented to the children at final assembly during Christmas week. (The life span of the coin battery is 5 – 6 weeks) 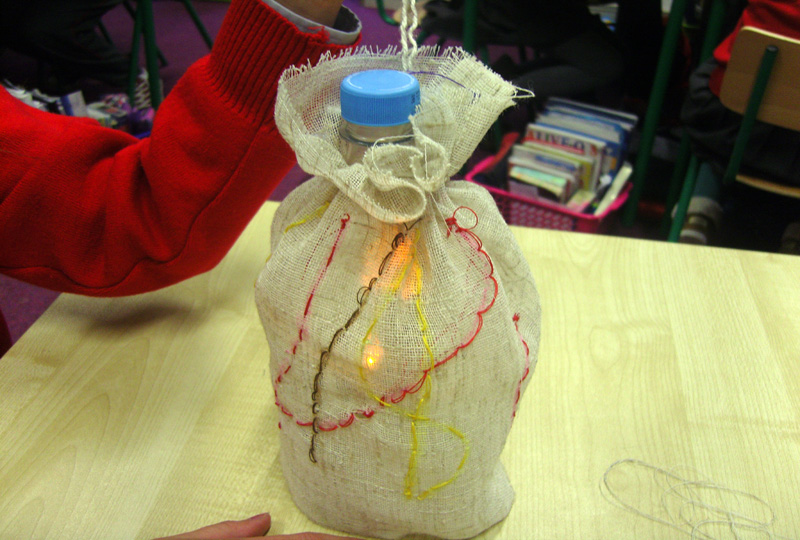 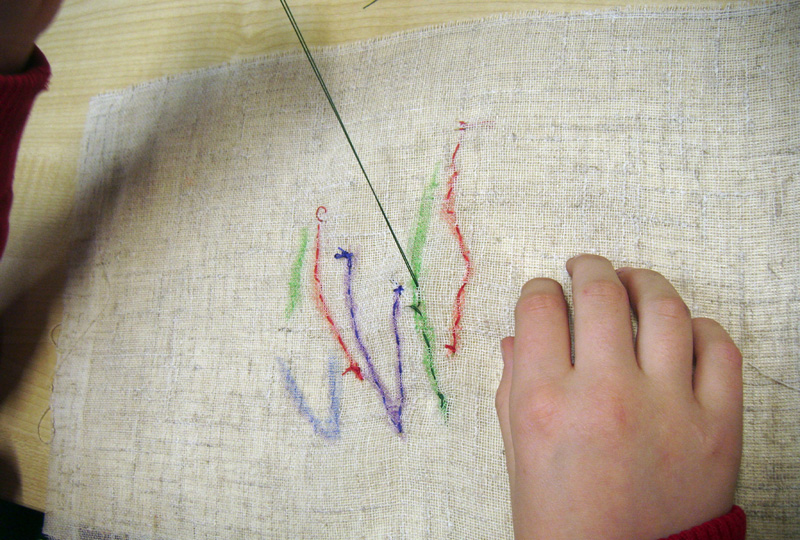 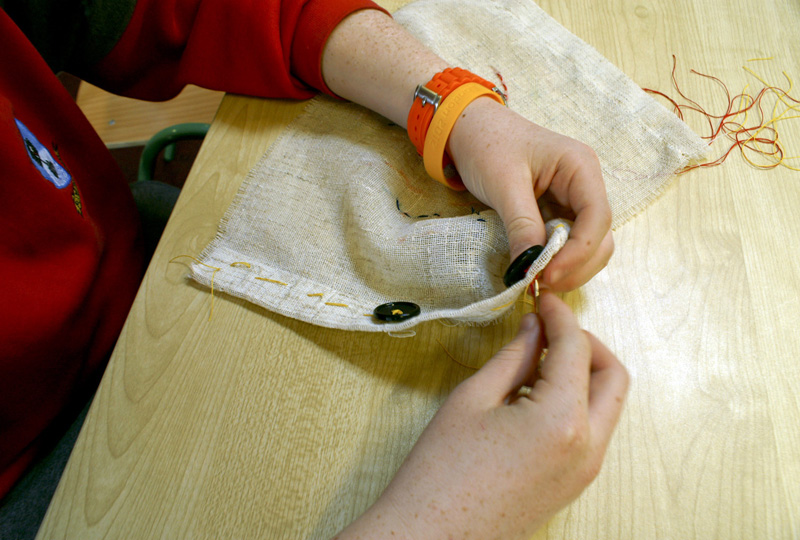 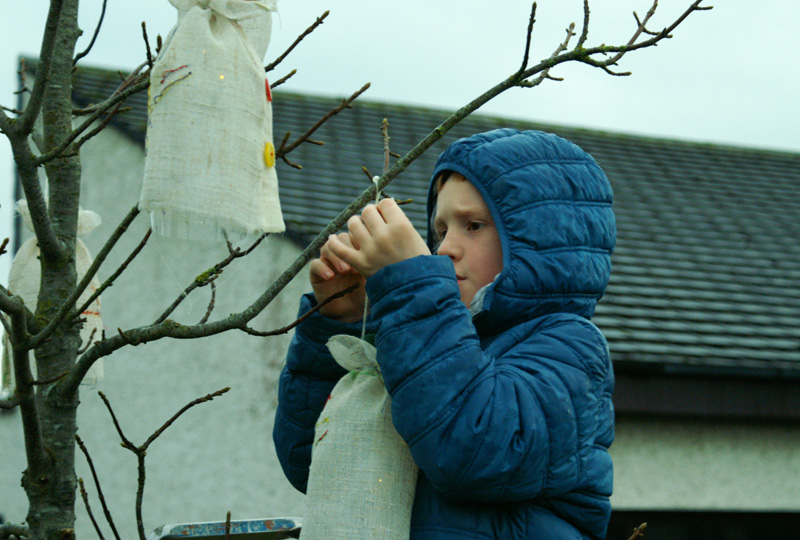 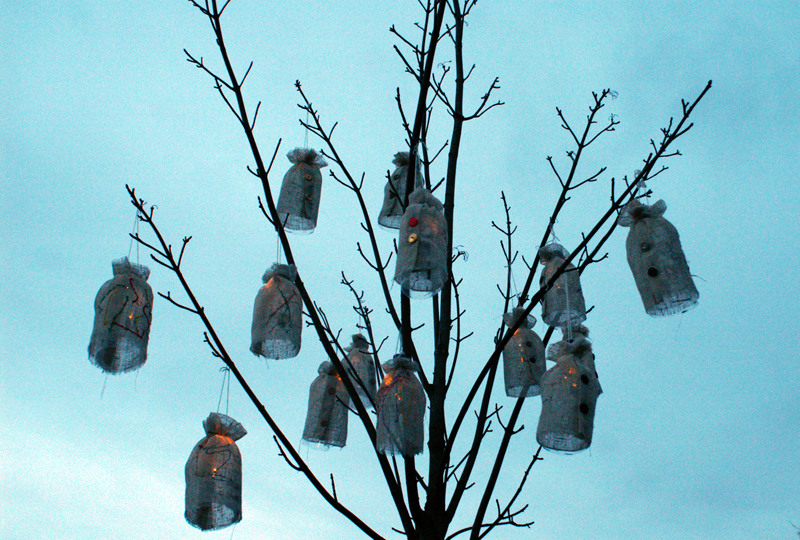 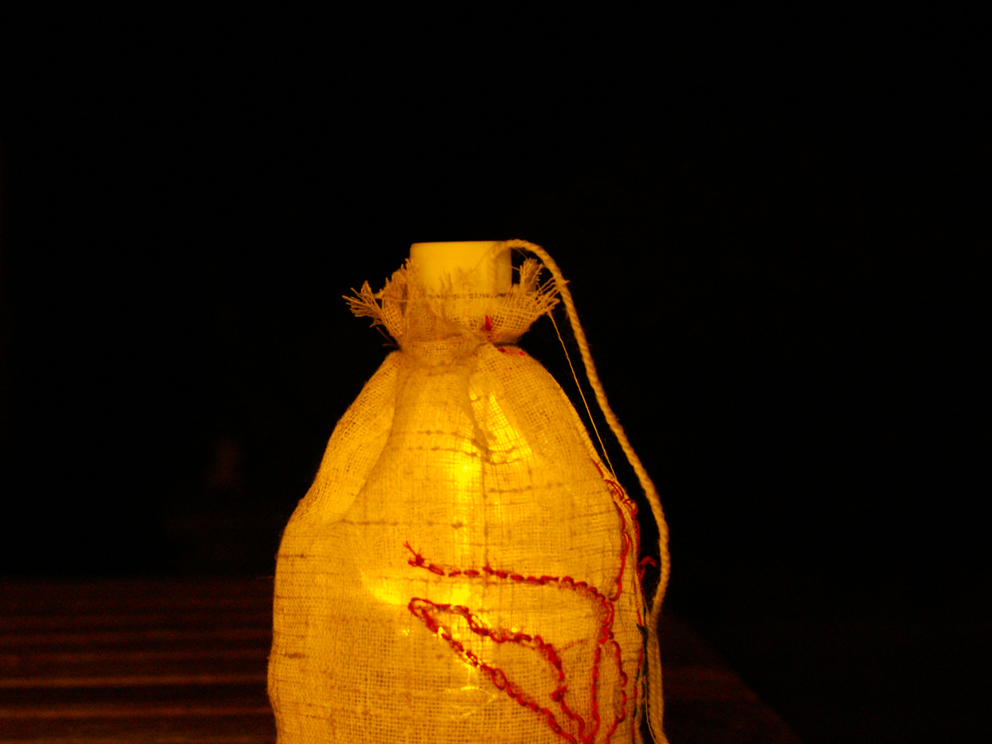 Ongoing review and revision took place over the course of the project and it was evaluated at the end by the teachers and pupils. The Lantern Project was further revised and implemented a year later in Emo NS with 80 pupils and their 3 teachers funded by Laois County Council Arts Office.