I came across this really interesting article by Miriam Logan published in Visual Artists’ News Sheet Jan –Feb 2019 edition and it seems even more relevant today. Thanks to Miriam Logan and Visual Artists Ireland for permission to share this article: 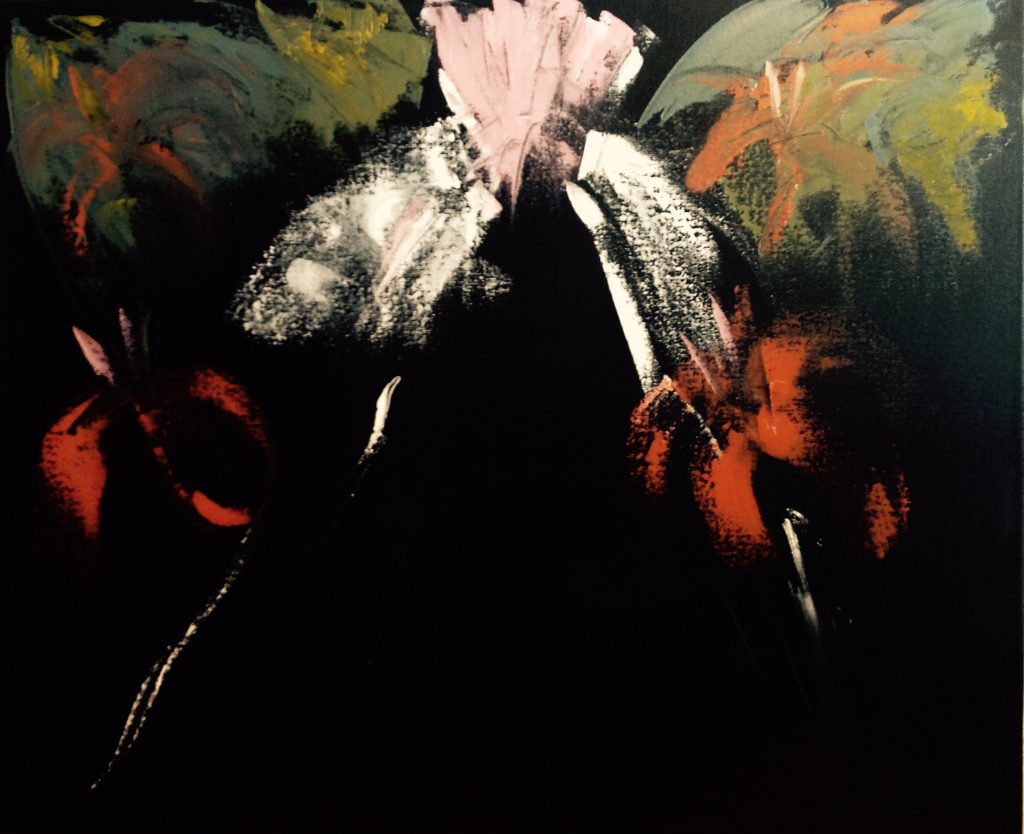 The term ‘creativity’ is used so readily in everyday speech that it is in danger of having little meaning at all. Yet the subject of creativity is both well-researched and mapped. Creativity, simply put, is our innately given and naturally arising capacity to make and shape things in new or surprising ways. The philosophy that underpins creative empowerment holds that life is not static, but is an organic and dynamic system in which we are all players. Life is a moving picture and change is the only certainty. To empower our creativity, we need a methodology that will ground our ideas.

To engage creatively means working with the known and the unknown. It asks us to grapple with many differing strands of thought, colour and form. Creativity has both predictable and unpredictable qualities. The non-predictable element is what gives creativity its novel and surprising dimension, while the predictable aspect respects the  accumulated knowledge  already in existence. Creativity has been described by one writer as a “tantalising paradox”. As visual artists, we are challenged to find ways of workings with a variety of givens, as well as applying imagination. We must show up, as Matisse suggested, “in innocence”, as well as attuning to the knowledge base of our particular field. We must stay with our process, non-attached to outcomes, while attempting to give form to our concepts. In spite of this challenge, there are some things worth remembering as we activate our creativity. Ideas or concepts are often the first signs of the creative surge. It may begin with a fleeting insight or vague intuition; it may arise as a problem to solve. Alex Osbourne, who spoke about ‘applied  imagination’,  coined  the  term  ‘brain- storming’. To help optimise creative outcomes, he suggested we ask: “how can ideas or problems be adapted, modified, set in other contexts, re- versed, combined, rearranged?” Such flexibility avoids the pitfalls of rigid mindsets and creates new options.

Carl Rogers, a pioneer in person-centred psychology, suggested that there are inner and outer attitudes that encourage creativity. Developing empathetic acceptance and non-judgement as the creative process unfolds is central, however this should not exclude ongoing critical evaluation. Beyond this, we need the ability to stay grounded in reality and to self-evaluate emerging forms as they take shape. Fantasies, Rogers says, “may be extremely novel, yet they cannot usefully be defined as creative unless they manifest in some way”. The latter is where skillsets come into play, because  while  being  creative is not necessarily all about mastery, we need a grasp of technique to bring forward ideas and  to go beyond them. Exploration and experimentation are carried out with less time-wasting, when we understand and have some grasp of the know-how involved.

Structuring our creative projects means breaking down tasks to a manageable size, helping us feel less anxious. S.M.A.R.T has become a well-loved acronym employed by managers, which denotes “small, manageable, achievable, regular and timely”. With these steps we can have partial successes and stay positive when the inevitable obstacles arise. A lot of my practice has focused on comparing eastern and western ways of approaching obstacles. In the west, we are encouraged to confront and get stuck in. However, in the east, attitudes tend to favour moving around the obstacles, working with the natural way of change and transformation. Both are valid, yet wisdom seems to lie in knowing when to go forward and when to step back. Eureka moments occur when, after a struggle and even giving up all effort, the challenge seems to resolve itself. This leads to the folk expression that the “darkest hour is just before the dawn”. Psychologist Iain McGilchrist tells us that the individual often erroneously considers that the answer has appeared from nowhere. He explains “in fact it is the synthesising of the to and fro that takes place in the inter-hemispheric co- operation of right and left-brain function”. It seems spontaneous insight arises when, after a sustained effort, we leave the work for a time.

As visual artists, we engage as catalysts and change agents. We act as conduits and channels for ideas that become part of material and non-material culture. We do this by weaving differing strands into forms that can then be absorbed. John Dewey saw art as being part of a triadic system that involves the artist, the creative viewer (audience) and the work of art itself. He was also concerned to heal the dichotomy that he believed arises when art becomes separated from life. He saw art as being an experience rooted in everyday life.

Attuning to our creativity means accepting that we are players in an ecology where trans- formations occur in the mingling of opposite yet complementary differences. As Robert Rauschenberg suggested “the only thing we have in common is our differences”. Creativity is innately linked to our ability as living beings to give and receive, to express and absorb symbols as energy. Moreover, because each creative inter- action in turn creates a new context, fresh and surprising outcomes are possible. This sense of unfolding is at the core of creative evolution for artists and the culture we live in. Keeping the creative spirit alive is vital in today’s world, be- cause everyone’s wellbeing thrives on it.

Miriam Logan is a visual artist, who teaches creative empowerment. She is the author of The Art of Easing Conflict: Learn what it takes to be creative. See more on her work at www.miriamlogan.ie