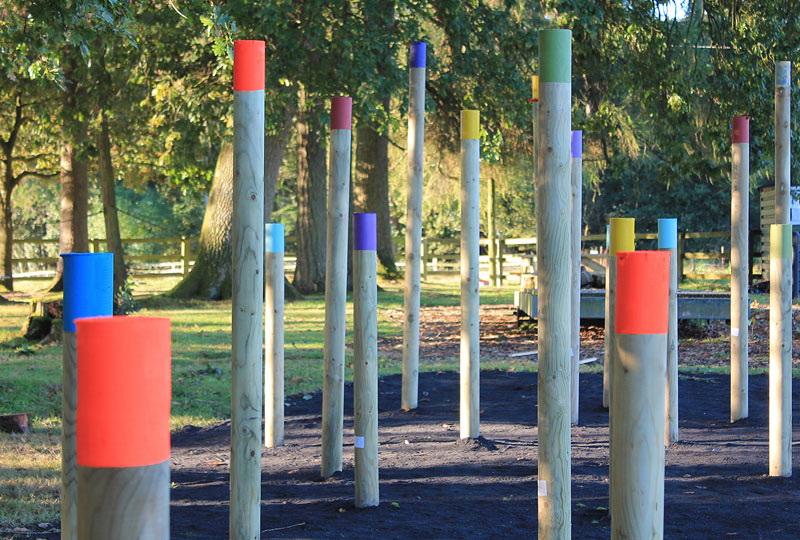 The Rainbow Forest celebrates the many visitors that have stayed in Barretstown Camp over the years. It is a series of various height wooden poles that stand at irregular heights and distances from each. These form an overall curved pattern and pathway – ending in a circular shape encompassed by the tallest poles. 25 families participated over a specific weekend and the unveiling took place after dark when the installation was wrapped in red satin ribbon and LED lights. Each family returned home with a gift of a red ribbon and an LED light and battery, which would remain shining until after Christmas (about 6 weeks).

While the residency project was installed and complete during a week in September 2014 the ‘seeds’ had been sewn during a professional development training programme with Kildare County Council Arts, Hellium programme and Barretstown Camp and a group of artists. Two years later the first Barretstown Artist in Residency  took place culminating in the Rainbow Forest.

Barretstown Castle, its surrounding lands and its infamous red door, originally owned by Elizabeth Arden was purchased by Paul Newman 20 years ago to develop one of his camps in Ireland. Families are invited and fully supported to attend camp and this permanent art work represents everyone who has attended since it opened. Barretstown Camp’s mission is on rebuilding young lives after cancer and other serious illness. 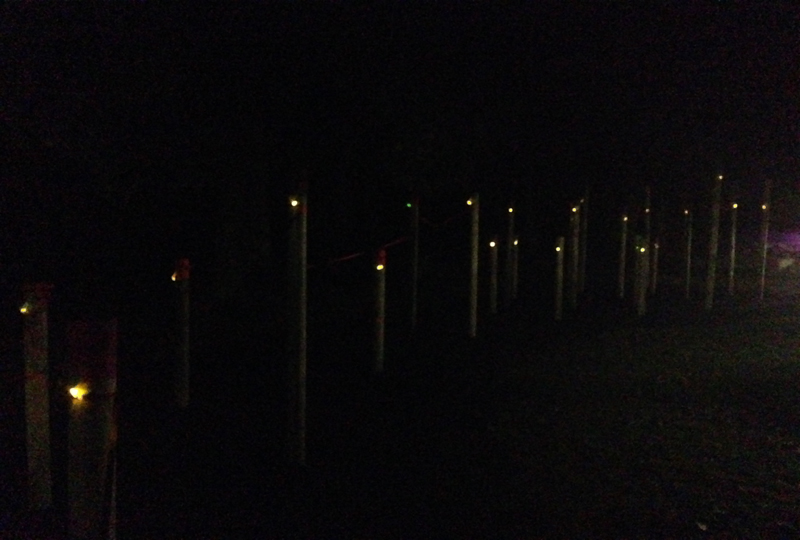 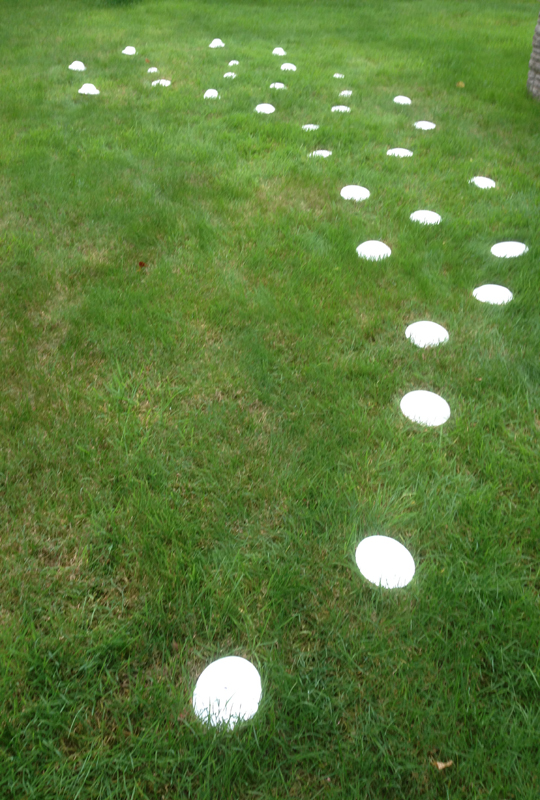 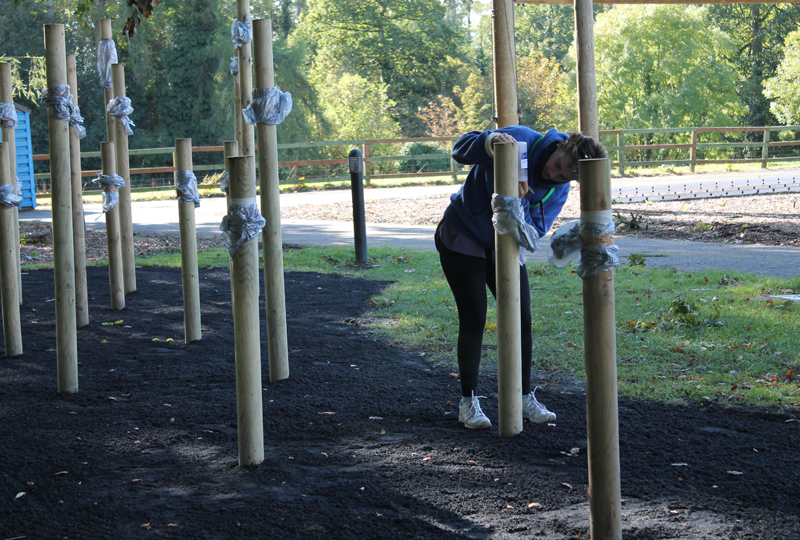 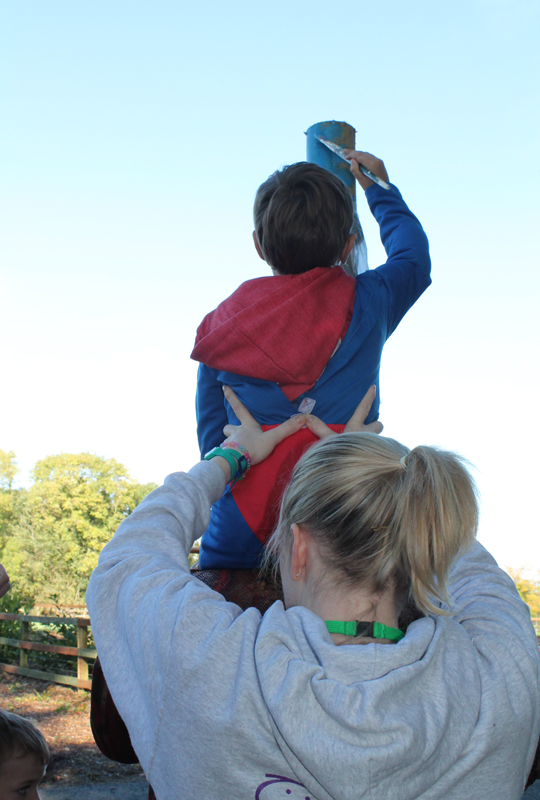